While we were out…the cukes and zukes went crazy. I knew they would. The tomatoes are conspiring to be right behind. But I’ve counted all my jars and it looks like time to pickle. Today: “Sandwich stackers,” they call them at Vlasic. Gonna slice those cucumbers lengthwise and fill two 1/2 gallon jars with refrigerator pickles. I would attempt to seal these jars for shelf-life, but I don’t have a pot large enough for a full water bath. Actually, I do — that’s a fib — but I’m scared to use it. It’s called Chitty Chitty Bang Bang, and it’s my ginormous pressure cooker [shudders]. 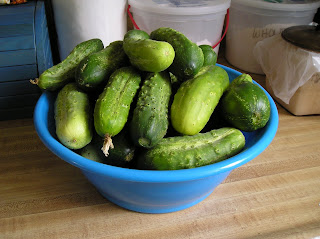 Cucumbers from the garden. More than we can eat in one sitting. Even on our best days.

And then there were pickles.

Next on the agenda? Pickled peppers. We have hot peppers (mine) and mild peppers (farmers’ market), and The Boy likes them on sandwiches. So here we go with my Five Little Peppers mix (the mild ones are just sandwichy, but the hottest ones are Anaheim = jalapeno-hot or hotter). 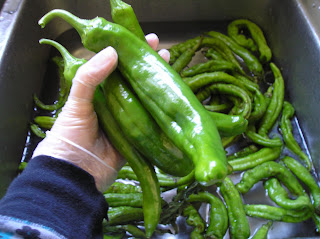 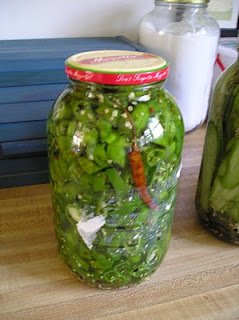 And that’s how we do around these parts. (Note cleverly reused pepper jar. I might trick you into thinking these are from Mezetta. But they’re not. Gotcha!)
Need help? Consult the oracle. 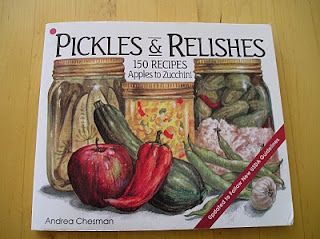 « vacation return
playing with my food »