Update on yesterday’s post, wherein I yearned for a dust mop to swipe up the furballs: I don’t currently have a mopless handle, as it turns out, but a nice person on Freecycle is going to give me one, and my nice friend LisaPie says I can crochet a mop top out of cotton yarn, of which I have aplenty. So I will not be buying one. It was just a momentary flicker of lust and desire…a new dust mop…(swoons).

Lovely reader Heather was telling me about her indoor laundry-drying system, and how she also uses wool balls in the dryer. I’m like, wool balls – huh? She sent me this link, and says these felted (handmade) wool balls cut your drying by about 40% in the dryer. Who knew?Guess what I’ll be working on?
http://howtomakedo.net/154/make-your-own-wool-dryer-balls

These are some other goofy things I’ve been doing lately, Compact-wise.

Here are a couple of photos of the dead garden just now. One shows the hot pepper plants under glass with 3 hens having a dig for worms. 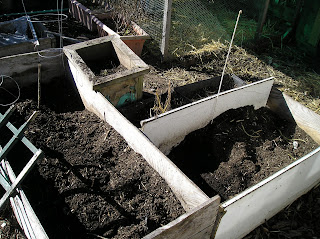 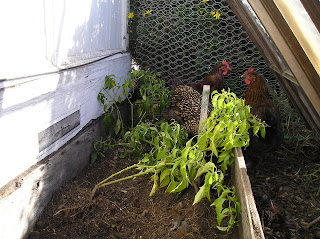 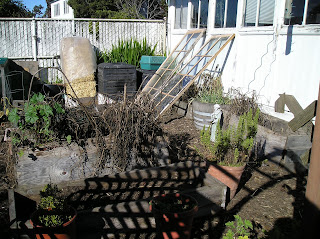