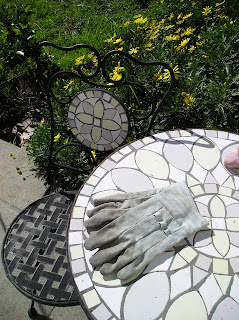 This is a fortnight of open doors. Sharing my home with an open heart creates connection. I am a peaceful water lily.

I am saying these things to myself to stay focused and calm during these coming days. Tomorrow, Isa arrives from Germany to live with us for a year. Thursday, Fabi’s parents arrive from Germany to take her home after 5 months with us. The parents are staying for 10 days, during which time I will have two German students, one leaving and one getting used to America, plus tour-guiding the folks around…and one of my own daughters is moving out at end of the month. Not to mention the rest of the Park-Tracey clan and animals. So — who sleeps where? Who gets the bed? How do you say goodbye? Detach? And then welcome a new one, and attach? Be open emotionally to two young hearts, just beginning their life journeys? And not have my guts ripped out in the process — yet not shut it all down, either?

I’ll let you know. Because I don’t really know — that’s why I am resorting to the statements above. I am trying to let doors open, to be open and live in my heart, to create connection, and also — to stay calm and serene like the water lily, or else I’ll run screaming up to my room with a box of chocolates and a stack of Women’s Day magazines and some fresh juicy heroin, and just give the whole thing a miss. What would you do?

Meanwhile, back on the farm… 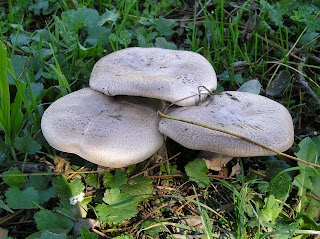 I just froze 4 ziplock bags of chicken, using ingredients on hand. My friend Deanna traded me about 2 dozen Meyer lemons for a jar of my citrus marmalade, so I used a few of them in making a garlic-lemon marinade for chicken. I had a can of coconut milk in the pantry, and added a tablespoon of curry to make a Thai-like chicken dinner. Chopped aromatic veggies plus white wine and chicken broth will simmer as a French country one-pot meal. And the last one is marinated in Basque sauce from the pantry. That’s 4 nights of not thinking. If I pull it from the freezer the night before, it can defrost overnight and go into the Crock pot in the a.m., or defrost all day and then go into the oven for an hour. These chicken thighs were a steal at Safeway last week — BOGO family-pack packages means I got 24 chicken thighs for $7.40. Four chicken dinners for $7.40. Add rice, bread, salad, whatever — it’s a bargain any way you look at it. (Unless you were the chicken. Sorry about that.)

This week’s dinners include pad Thai (to use up homegrown bean sprouts and the rest of the tofu); Taco Tuesday (to use up the rest of the tomato sauce from last night’s French bread pizza, plus a pack of soy taco mix from when the vegan was here); sausages (I got good deals on Johnsonville sausages this week — $2.49 with coupon for a 5-pack at Raley’s/Nob Hill) with potatoes, cabbage and apples; and a lasagna for Thursday, when I make my second run to San Francisco International Airport to pick up the German parents — a shove-it-in-the-oven dinner that night will make my life a lot easier.

There are just three days of school to worry about this week — it’s a short week because of MLKjr’s birthday, and it’s also finals week at Encinal High School. Fabi will finish with her semester and Isa has not yet begun. So that means just 3 days of lunches to make, and three mornings of hustle to get out the door. 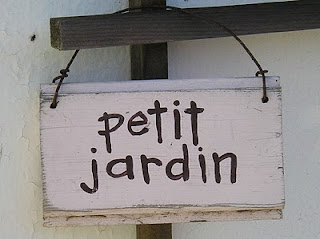