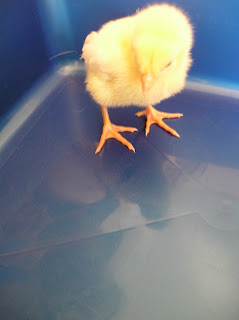 I’ve been on the road in the past month, and trying to catch up after travel is like trying to stop the salt from flying everywhere when you refill the shaker. Even if you use a funnel, it still spills, and you have to throw pinches over your shoulder just to keep the luck flowing. At least, this is what happens when I do the job.
And here I am in November, with another only-in-California warm spell that makes me want to go work in the garden. Our weather is so weird anymore — climate change is real, chickadees. Really, really real. 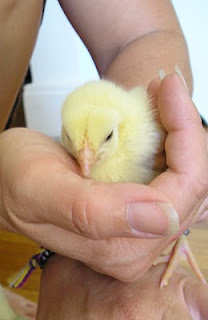 Speaking of chickadees, we had a brief interlude of joy with an adorable yellow chick called Buttercup. She was a rescue chick, given to us by a teen friend who took the chick away from a child in the street. No idea where s/he came from originally (an egg, I presume). She was about 2 weeks old, very small but seemed lively enough. The one issue I could see was that she had no down on her belly. This led me to believe that s/he had been kept in dirty conditions. I set up a box in the house, got out the warming light and gave her food and water. We let her out to run in the grass, and she was adorable, following us, sleeping in our laps, peeping constantly, either loudly or very sweetly and conentedly. We enjoyed Buttercup’s visit for just one week, but found her cold in her box one morning with no apparent reason for her death. Sad faces all around. Poor little Buttercup. At least we made her happy for her final week, whatever her little life was like before that.

As my friend Alana said, “Even little lives matter.” True that.