We said I would be posting photos from Tuesday’s media blitz for Measure H, and here they are. Just a few made it to print (see tomorrow’s Alameda Sun), but here are some other views from the day. All photos taken by me. 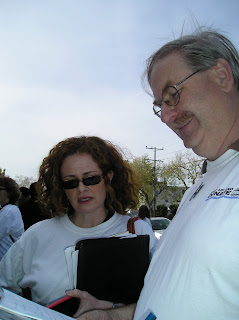 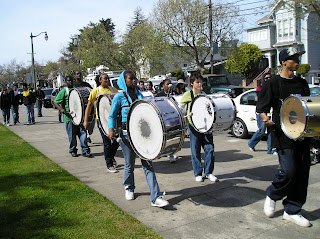 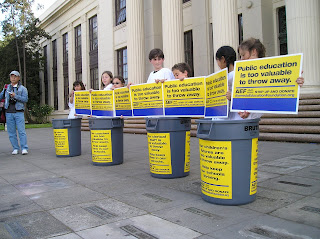 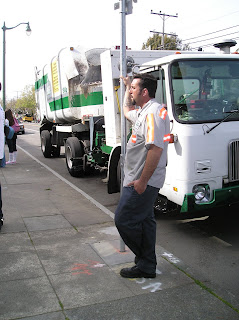 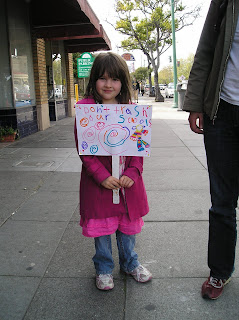 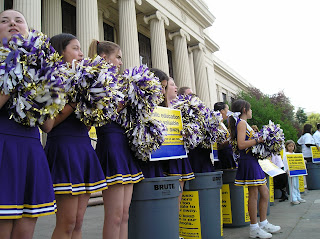 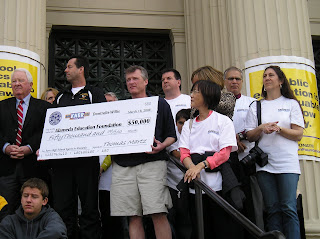 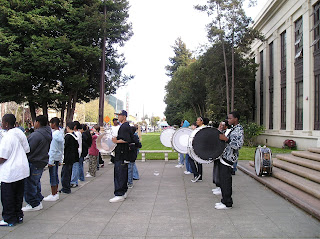 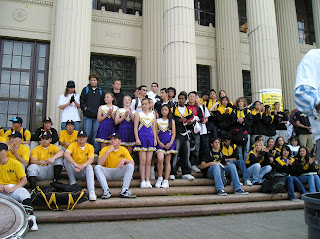 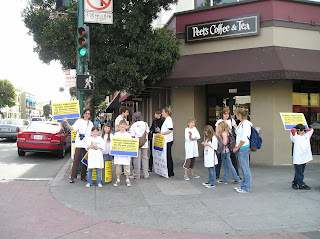 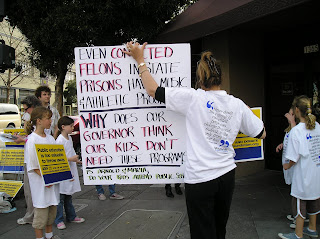 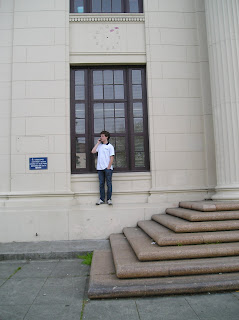 Many pix, but to clarify what is whom: 1. Ron Mooney confers with Becca Rosati before the rally begins. 2. Chipman Cougar Cadet Corps march into battle. 3. Elementary school students trash-talk budget cuts. 4. John Larrabe, ACI driver, has worked Alameda streets for two years. He says “Anytime you can help the children, it’s a good thing.” 5. Natalie Currid, 5, a kindergartner at Edison School and her handmade sign. The drawing is of her teacher. Natalie’s parents are very involved in the Measure H campaign (and Freecycle, too). 6. Lincoln Lions cheerleaders put in a good word for reviving middle school sports. 7. Both high school athletic directors received a $50,000 donation from Thomas Martz of the Bay Area Sports Hall of Fame (BASHOF), which included $20K from former Jet Dontrelle The D Train Willis (Did you know that he still holds Alameda Little League’s home run record, hitting 15 at the age of 12?). You can also see Frank Matarrese, Wilma Chan, BevJo, Kevin Lee and Patricia Sanders in the photo. Plus a giant novelty check. 8. Cougar Cadet Corps set the beat, while 9. the AHS steps filled with student-athletes. 10. Parents, teachers and kids lined the streets along the 4th of July parade route (Park, Otis and Webster) standing in trash cans and waving signs. Passing motorists showed their enthusiasm with honking horns. 11. One parent had an interesting opinion to offer the Terminator. 12. In the quiet aftermath, standout Encinal student leader Ian Merrifield took a phone call, dwarfed by the looming institution over him. I thought it made for an interesting contrast of student-vs.-beaurocracy. Or maybe that’s just me…Like the pix? I’ll keep doing this if y’all want more.