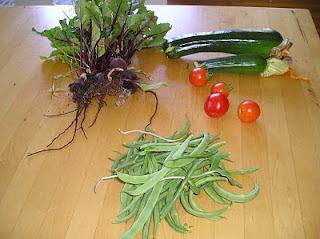 I’ll be as nice as I can here, but the fact is I’m in such a foul mood. Really super-cranky. Not eating, or eating very little, all day will do that. I’ve also had a day of ups and downs emotionally. I find that by now, 6 p.m., almost dinner time, I am at the end of my rope, with no tolerance for nonsense; I am not concentrating well (I can’t think of the right word here, for example, so I’m just rewriting the sentence, and that keeps happening, and is frustrating as hell).

Reader’s Digest version: hunger not good. Everything that Tony the Tiger told you about eating a healthy breakfast is true. Concentration? Whack. Temper? Bad. Ability to feel hopeful? Limited. Self-esteem? Toilet-bowl. Kindness and compassion? $%&&**(*!!##!!  you.

I was cranky that the cats didn’t like their breakfast. I was annoyed that the bread was stale enough to feed the chickens. I had to pick up dirty dishes that my daughter left out and I wanted to kill her. The sound of my Boy whistling and prattling made me homicidal. And the disappointment when I discovered that he had drunk the last wee drops of milk, after I’d been planning to have milk in my tea (waiting hours, actually), almost brought me to tears. A letter in the mail about a large expense pushed me to a state of despair. And the devils in my head were relentless — one jabbing me and saying you’re cheating, you’re doing it wrong, everyone will know, and the other tempting me: you could just go eat  a sandwich, a bowl of ice cream, a frozen pizza, and no one would even suspect. You can write your way around it.

It seemed like a cruel joke that the only free coupons I could find were for hot sauce, toilet paper and a free movie. A friend with whom I barter left two bottles of homemade wine on my porch and I thought, “Well, G*d clearly wants me to drink these right now.” The free Taco Bell coupons I had in the house must have vanished up a teenager’s sleeve, and the ones in Patrick’s possession were tortuously out of reach — locked in his car in front of the house, with the keys in his pocket 25 miles away. Would it be worth it to jimmy the car door for a free Fruitista Freeze, margarita flavor? No. It would not. 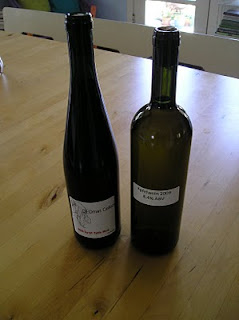 I went out to feed my chickens about two hours late — concentration was already wonky by 10 a.m. That’s when I found out my garden had flourished overnight. A sunflower is in bloom, the tomatoes are suddenly hanging in heavy clusters like red-orange grapes, the green bean bushes have exploded, and zucchini plants are sporting phallic fruit. If I wanted to, I could have a vegetarian feast — which threw me into a tizz because that’s not how it was supposed to work, how could I experience being hungry if I wasn’t actually hungry, and the cycle of negative inner voices just chewed me down for a couple more hours. I ended up steaming a handful of beans, half a zucchini and some baby beets, totalling about 2 cups of steamed veggies. It was both satisfying and anxiety-producing, as the raw emotions ran loose, and the hunger pain went away for — I kid you not — about 15 minutes.

Did I mention that I have a project due tomorrow? That I still have a buttload of reading to do today to finish this on time? That I’ve already been paid for that job and this damned thing needs a lot of TLC? My ability to focus on the editing was pathetic, and finally I was so cranky that I took a swig of the homemade apple wine as a soporific and took a 3-hour nap. I awoke with a nap-hangover, a bad attitude and a pain in my stomach that is unpleasant, to say the least. Let me tell you, just now, it’s about time to make that pot of Top Ramen that Mr. Husband and I are going to share, and I don’t know whether to run off and eat the whole thing alone in the closet, give it to him and drink more wine instead, or throw myself in front of a train.

By the way, he had a lunch meeting at work, so had one good meal today. Since free food at public events was on the OK list today, I was going to go to this library ribbon-cutting and raid the cookie table. I found myself unwilling and unable to go, beset by feelings of exposure, greed vs. shame, disgust, annoyance and, frankly, a lassitude about getting dressed and leaving the house, when I could stay home and nurse my cup of milkless-tea and be a cranky bitch without talking to anyone.

So there, in a nutshell, is what hunger and food insecurity can do. It messes with your head, foils your ability to concentrate or make logical decisions, stamps out hope and pleasure, fans the flames of self-doubt and replaces it with apathy, which goes hand-in-hand with exhaustion, since you don’t have the fuel to get out the door. Tempers rise, alcohol and cigarettes beckon, and the call to fatty, sugary foods seduces you from the television, radio and every other media source. You stop caring about what other people want or need, while simultaneously absorbing shame and self-doubt since you can’t measure up to the rest of the world. Something to chew on tonight.

I’m done for the day — thanks for reading, but I’m off to slurp down my Top Ramen and a glass of wine.